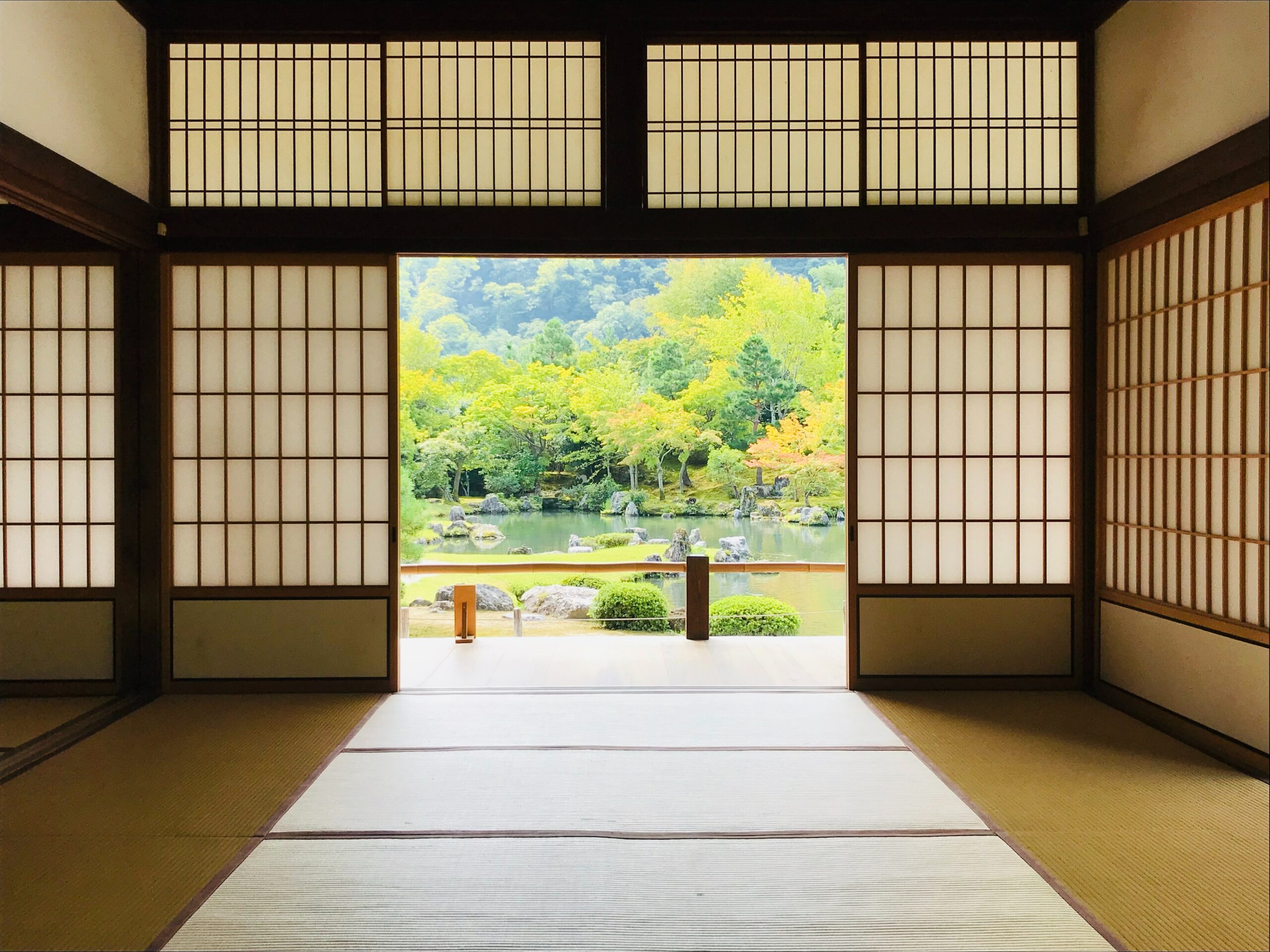 This semester I had the honor of teaching a course entitled Creativity and Innovation at the Sam M. Walton College of Business. As part of the class, I invited entrepreneurs from various backgrounds to share their start-up stories. We had a very diverse set of business owners who were created everything from medical devices, custom fragrances, and organic unpasteurized juices to software e-commerce solutions and chatbots.

At the beginning of each class a guest entrepreneur would share their ‘origin’ story; how they got started, what challenges they encountered, and what advice they would share with their ‘younger selves’.  Throughout the class we found some really interesting commonalities and themes in their stories.  I thought I would share some of their collective wisdom with you.

In most instances founders were motivated to start their companies due to a lack of good solutions for a recurring personal problem.  For example, Ryan Shelton’s son had continuous ear infections when he was young. In observing the 100 year old technology that was being used to diagnosis ear infections he said to himself “there has to be another way”.  Finding that there wasn’t one, he went on to invent one now called PhotoniCare.

For these founders, issues that were personally frustrating inspired their passion to creatively solve. Behind every great invention will be someone really irritated with the status quo.  Many times, they are looking to improve things for themselves and find in founding their company they can readily help many others with the same solution.

When I started Curiosity a few years ago I published an article that talked about jumping off a train trestle in my youth to a swimming hole below. It was scary stuff, what I thought at the time was comparable to starting your own business. I still find this analog adroit and was also reiterated in the narratives that our guests shared in class.

Each one spoke of making a radical departure from their past work to a much riskier and new pursuit. One of our guest speakers talked leaving a plush corporate job to risk everything, maxing out her credit cards and barely getting by before getting traction with her solution.

Kelly Jones talked about deciding to leave a rewarding job to pursue her fragrance start-up business whilst looking at a flowering cherry tree in Tokyo from an office window.

Toyota’s intrapreneur Colleen Casey talked about giving up a comfortable tenured track professorship to start in a newly established role in social innovation at an automotive company.  In all cases, our guests talk about taking that scary leap without really knowing what lay ahead. Atlas RTX’s CEO Bassam Salem summed up the impetus to jump as: “If not now, when?”

Another thread was our guests had an inherent curiosity and persistent thirst to learn.  Karthik Chidambaram, founder of DCKAP, shared his story as young immigrant who started his own IT company.  He discussed how his love of reading was critical in his development and success of his company.

Meagan Kinmonth Bowman founder of Stopwatch talked about moving from role to role in organizations and learning as much as possible at each stop and applying that wisdom later in life. Others shared similar stories of continuous and voracious consumption of knowledge from books, people, and experiences.  Education did not stop for them after college, it never ended.

4 Be Willing to Improvise

Another key theme amongst our entrepreneurs was a willingness to improvise.  When founder Kelly Jones found her fragrance bar events evaporating as result of COVID she turned her attention to e-commerce.  Next, noticing barrels of disinfecting alcohol in her studio, she started to hustle hand sanitizer locally to stay afloat  This stressful time forced her to diversity in the face of a prolonged exogenous shock.  From the crucible of COVID she emerged with a more diversified and healthier business.

While not completely ‘fake it till you make it’, our founders have the confidence to figure out most problems out once they get there and not to get frozen by fear.  These founders all looked at situations thrown at them and rather than sticking stubbornly to their plan, they chose to surf the situation rather than drown in what life dealt them. Improvisation and flexibility are definitely a key them amongst our speakers.

“I would have been twice as far by now if I just went all in earlier”, Kate Barker, founder of Zen Donkey Farms stated. Now newly full time in her start up, Kate provides raw juice to retailers (and delivers directly) to clients in Kansas City.  Serial Entrepreneur Bryce Paden also shared similar advice to me in the past.  Bryce threw himself into the successful launch and operation of Urban Forest, an indoor ax throwing venue.  A more doggedly focused person I have rarely met.

For the entrepreneur who sees opportunity everywhere, this is a discipline that is sincerely hard to master.  While you do need the ability to flex and change as the environment changes, being engaged in too many distractions can also kill your business. The core advice here: pick a venture and stick with it, don’t get distracted away from your core value proposition and work hard to make it happen.

These relationships were often with people from very diverse background.  These founders are boundary spanners who have friends across continents, disciplines, and generations. This diversity of connectivity in turn affords them resources and perspective not available to most.  They use this rich resource to their advantage to mitigate risks and get things done.  Perhaps not coincidentally, the “strength of weak ties” has been well documented as an accelerator of innovation.

Even the most successful and established entrepreneurs seemed perpetually restive; always ready for the unexpected.  I would be tempted to chalk that up to start-up induced PTSD, but I think that belies a directionality issue. These folks are not sad or twitchy, they just seem a bit naturally restless.  They get stressed from not being stressed. They are uncomfortable with sitting still.

While not one revealed their restless nature in their calm tones and confident narratives, you could hear it in the stories. The near miss calamities, the setbacks, the lucky breaks, the day to day worries of running a business; it was all there in the story of a newly emerging company.  While not stated by anyone of them, I gathered the distinct impression that they never take anything for granted and operate their businesses very closely; even those with established businesses.

Someone once told me that showing up is 80% of being successful. Based on our founders’ stories, that would seem to be true.

Every single one of our presenters were obviously brilliant, creative, and gracious people. They were all doggedly relentless in running their business. Having been proverbially punched in the face over and over, they always brushed themselves off, got up, and went after it again and again.

Meagan Kinmonth Bowman shared a nail-biting story of her company on the brink of disaster, offering a solution well ahead of its time helping companies with e-commerce, when an unexpected break came her way. COVID lockdowns had millions of people shopping online and her client list exploded from there.

While there is, of course, a time to call it quits; these founders seem to have a higher tolerance for frustration and pain then most; seeing things through which would have made others throw in the towel.

9 A Preference for Action

A running joke within our family is when my children say they are “trying” to do something.  They have learned to quickly self-edit their protest based on my relentless reminders that “tryers aren’t do-ers”.

While our founders all had a shared love of learning, they also had little patience for over analyzing things.  Rather than wringing their hands of the potential negative consequences of an action, our founders mostly just went for it when they saw an opening.

Kate Barker talked about how they learned as they went, inadvertently starting a business in one of the hardest consumable industries imaginable; cold press unpasteurized juices which have a shelf life of only a few days. Bassam Salem talked about starting his business based on a single meeting where a friend had a need for a software solution for a business problem.

Bryce Paden, thought that starting a company where groups of strangers threw axes at wooden slabs in an indoor venue was a good idea, so he started one.  Turns out it was a good idea.

While not reckless, none of them seem to suffer for a paralysis by analysis, which allowed to move quick and learn quick.  Interestingly, one of the key skills shared was also to know when to say “no”, another difficult skill to master.

The Planes that Didn’t Get Shot Down

After our last speaker session, I asked students what they thought about the speakers and what we could do differently with this section of the class in the future.  One student pointed out that we only had successful entrepreneurs speak, correctly identifying the survivorship bias in my selection of speakers.

Like studying the bullet holes of surviving Flying Fortresses in WWII, we only talked to those airplanes that returned, not those that didn’t. That is, we might know the attributes of successful entrepreneurial founders, but we do not know about those who fail.

While not nearly as fun and as uplifting as talking to those who succeeded, it might also be informative to talk to those who tried and failed in the future.  Good idea. After all failure is just a form of learning. Perhaps that is a topic for a future set of speakers in the future.

A very sincere thank you to (in order of appearance) to Meagan Kinmonth Bowman, Ryan Shelton, Bryce Paden, Colleen Casey, Kelly Jones, Karthik Chidambaram, Kate Barker, and Bassam Salem for their time and their wisdom in sharing their stories and advice.  These are people who continue to personally inspire me with grace, knowledge, and success.  Thanks also to the University of Arkansas full time MBA program at the Sam Walton School of Business for giving me the pleasure of teaching a fun class. Finally, hats off to the brilliant group of students in my class from whom I hope have learned as much from me as I have from them.